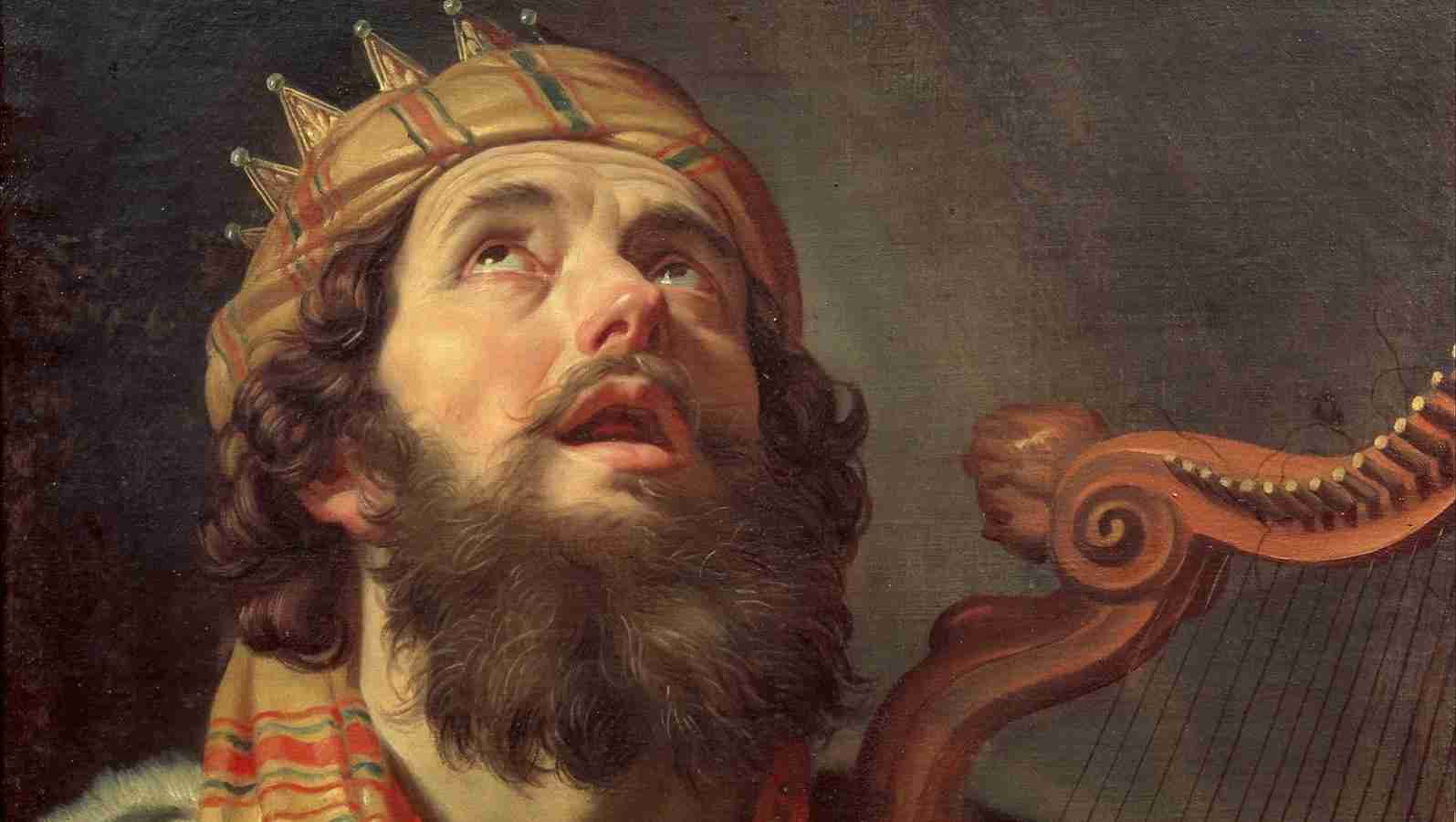 When someone is chosen for a job, or for an honor, or perhaps as a potential wife or husband, people might ask what do others see in them? That is true of David in the Bible, the first God-chosen king of Israel. Read about him in both of Samuel’s books. He is a direct blood relative of Jesus, and the eternal king of Israel through the virgin Mary.

He is important because David was hand-picked by God to lead Israel. The people were crying out for a king, even though God had appointed judges to rule over Israel. God gave in to their desires. Not so much because they wore Him out, but he allowed people to make the decision that would make it apparent they would chose the wrong one.

The people chose, Saul, a strapping military man. It was a beauty contest, that is he was chosen for his looks and personality, not his qualifications or suitability. Saul looked the part, but he would soon prove unworthy of the position.

Saul had moments when he honored God, but those were few and soon God rejected him. God directed to prophet Samuel to find the next king. He went to Bethlehem and the house of Jesse to take a look at his sons. God’s first choice for king over Israel came from Bethlehem, so would God’s eternal king over Israel, Jesus.

The older boys were all passed by, but Samuel asked if there was another son. Jesse’s youngest was out tending the sheep. Nobody would have given him a look. But God looks at the heart not the physical prowess and Samuel chose David. He was just a boy.

David was a most unlikely successor to the throne of Israel. We first see him as a shepherd boy, the youngest son of Jesse, who played the harp. He comes of age when facing the Philistine giant Goliath, defeating the brute with one master sling of a small stone between the eyes.

The King of Israel, Saul takes him in to his court, but will become weary and jealous of the young man and tries to have him killed. David was best friends with Saul’s son Jonathan, who would protect David from harm.

At one point in the story David had a chance to kill Saul, who had been trying to kill him. But David did not do this, acknowledging that Saul was on the throne of Israel because God had put him there. He would never do harm to Saul. After Saul’s death, David became king.

King of Israel Points To a Messiah

Matthew wrote down the bloodline leading to Joseph, the husband of Mary. On the way to Joseph, was Jeconiah, who would be the last king of Judah, and because of his disobedience to God, as it was written by the prophet Jeremiah, the final consequence of all their was disqualification from the throne.

Jeremiah 22:30 – “Thus says the Lord: ‘Write this man down as childless, a man who shall not prosper in his days; for none of his descendants shall prosper, sitting on the throne of David, and ruling anymore in Judah’.”

The throne of Israel would come through David, only not through Jeconiah bloodline, which leads to Joseph. Interestingly, Matthew identifies Joseph as “the husband of Mary” and Mary as the mother of Jesus who is called Messiah.

Matthew does not call Joseph the father of Jesus. Luke outlines the bloodline from David to Mary. Matthew starts with Abraham, while Luke traces it back to Adam, which illustrates Jesus’ relationship to all of humanity.

The genealogies are very similar until they get to David. Then there is a difference. Matthew traces the genealogy through Joseph, who was the legal father of Jesus, but not his biological father. Luke traces this through the bloodline leading to Mary, the mother of Jesus.

In verse 23, Luke, talking about Joseph being the father, writes, “so it was thought.” This is logical, because a virgin birth is a biological miracle, and it would have been much easier for people to see Joseph as the boy’s father. Luke’s account also accentuates the importance of Mary, the virgin mother of the Messiah.

Samuel Led By God To Choose David As King

Samuel, acting on God’s directives, traveled to Bethlehem to find a king of God’s choosing. There he visited with Jesse to look over his sons. David was the youngest and was not there. Instead he was out tending the sheep. The older brothers were bigger and stronger, but God looked at David’s heart and picked him.

David was by no means a perfect king. He made mistakes, sinned against God, but unlike Saul, David would repent. That is, he would admit his error and go in another direction.

Many of the Psalms Written By David

David might be best known for writing many of the Psalms. When he committed adultery with Bathsheba, the wife of Uriah one of David’s trusted military leaders, David poured out his heart to God in Psalm 51. His 23red Psalm is probably the most popular and well known of all.

A Psalm of David

1 The LORD is my shepherd; I shall not want.

2 He maketh me to lie down in green pastures: he leadeth me beside the still waters.

3 He restoreth my soul: he leadeth me in the paths of righteousness for his name’s sake.

4 Yea, though I walk through the valley of the shadow of death, I will fear no evil: for thou art with me; thy rod and thy staff they comfort me.

5 Thou preparest a table before me in the presence of mine enemies: thou anointest my head with oil; my cup runneth over.

6 Surely goodness and mercy shall follow me all the days of my life: and I will dwell in the house of the LORD for ever.

David’s reign as king was tumultuous. There were enemies everywhere, even his own sons. One of them, Absalon, tried to have him killed, just to get the throne. David raised money for the building of the temple in Jerusalem, but God stopped him from doing it, giving that task to David’s son Solomon, who succeeded him on the throne.