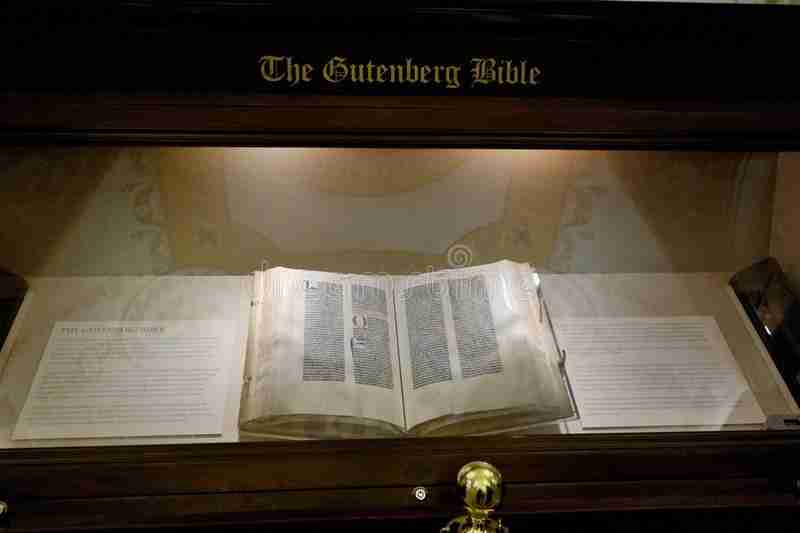 So, what Bible am I supposed to read? There are many versions, many different translations and some paraphrases.

If you really want to get to the heart of the Bible, try reading it in the original Hebrew, Aramaic and Greek. But that isn’t an option for most of us, so we have to find a trustworthy version. There are many.

Some version of the Bible are direct, literal translations from the original text. Others are “concept accurate,” meaning they strive to give us the meaning of the passage, rather than the word-for-word translation.

The question then becomes, what are you comfortable with? Because there are so many, we will limit this conversation to a handful, just to give you a quick look.

Please understand that the author of the Bible is God, and because God is the author, He is also the protector and guardian of His Word.

WARNING: God created man. Man did not create God. Over the centuries people have wanted to change the word of God to suit their own agendas, be it political, gender-inclusive, or personal preference.

Thomas Jefferson, for example, edited out portions of the Bible because he didn’t agree. Some want to eliminate the reference to God the Father, in favor of God the Parent.

The BIG problem with changing the Bible to suit our own viewpoint is that the Bible was written by God, through man, and man has no right to change the text.

RECOMMENDATION: It is not uncommon for followers of the Lord Jesus Christ to own and read two, three or more different versions of the Bible. Because the Bible is the inspired Word of God, given to its authors by divine inspiration of the Holy Spirit, the Bible should be read with divine assistance from the Holy Spirit.

Passages need to be prayed over, questioned, pondered, discussed and reread. Is there a directive? Is there a promise? Is there a blessing? The Bible is alive and new meaning pours out of every page the more times it is read.

Therefore, regardless of the version you prefer, God will not allow His Word to escape your ability to understand, to reason and to search for the meaning.

The 17th Century English of the King James Bible remains enormously popular, but can be difficult to follow at times. The first edition came out in 1611 and was very well received throughout Europe. At the time it was the most scholarly translation ever done, but it was the accessibility of the King James that made it so popular.

Many people I knew learned their Bible verses through the King James, and even though they read other versions, they will recite the Lord’s prayer in the old English. The 23rd Psalm is most beautiful from the King James.

There is a new King James, but this new version falls far short of its 1611 form and contains many theological differences. If King James is good for you, stick to the original.

This is a very popular English version and has sold nearly a half billion copies worldwide. The text translation is easy to read and in the United States, it is second only to the King James in its number of readers.

It is an appealing version for those who want clear text. It was translated from the Original Hebrew, Aramaic and Greek. The NIV study Bibles are excellence reference guides.

This is the Bible version most often recommended for people who speak English. It is our first choice because it is widely available and easier to understand the some of the old English of the King James Version.

In a survey done in 2014 in the United States, 55% of survey respondents who read the Bible reported using the King James Version, followed by 19% for the New International Version, with other versions used by fewer than 10%.

The New Revised Standard Version is the version most commonly preferred by biblical scholars.

This is a revision of the RSV, but is not as widely read.

The NLT is easy to read. It was commissioned in 1989 and the purpose was to create a version that was true to the original text, yet understandable.

This is easy to read and contains additional text an footnotes. For example, the Gospel of John begins, “In the beginning (before all time) was the Word (Christ) and the Word was with God and the Word was God (Himself).

The bold words are the ones added by the editors. You can see the intention is to bring clarity and understanding to the reader. As its name implies, the amplified version is intended to give additional information to the reader.