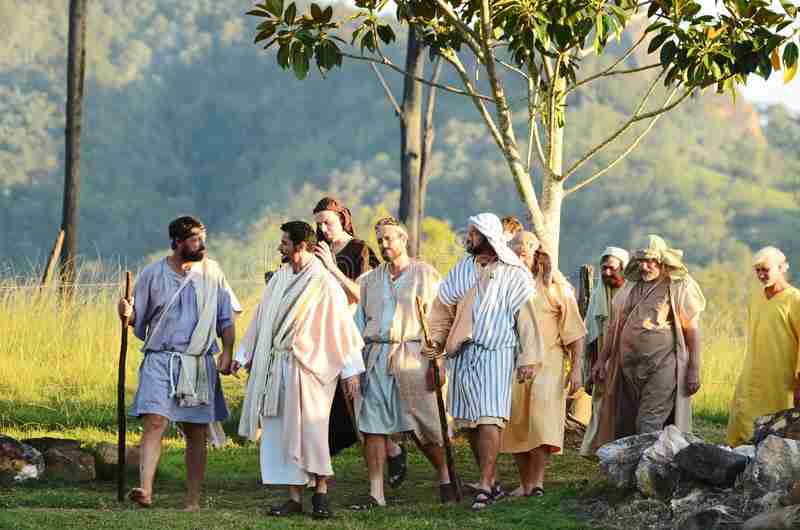 After being tempted in the desert, Jesus began his public ministry. There was no mass communication at the time, no newspapers, television or internet. Jesus needed to assemble a team to do the work. He called poor working men for the most part, men who were not educated or well connected in society.

They may not have been the most qualified, but they were willing to follow. They were “teachable” and eager to learn. His first two disciples were Peter and his brother Andrew, who were working at the time, casting their net into the lake (Sea of Galilee).

The brothers dropped what they were doing and went with Jesus. Others would follow as word got around. Jesus would hand pick these men and did so according to the plan of God the Father.

People are often reluctant to serve God by being an active part of a ministry. They do not feel qualified. Jesus said “follow me” and communicated rather effectively that this ministry would be about Him and not about the abilities or inabilities of his followers.

It was an invitation for seemingly insignificant men to be a part of the greatest movement in human history. God’s unfolding plan was coming to it’s most dramatic chapter and regular people, ordinary men and women, would follow the plan. God was in control.

It was all by design. Most of them were willing followers, but did not understand what was really going on. Some doubted Jesus. Still another would betray Jesus to the religious authorities, who would turn him over to the Romans.

Some who were the most unlikely people to play a significant role in the ministry were men who made the greatest impact.

18 As Jesus was walking beside the Sea of Galilee, he saw two brothers, Simon called Peter and his brother Andrew. They were casting a net into the lake, for they were fishermen. 19 “Come, follow me,” Jesus said, “and I will send you out to fish for people.”

God uses regular people to do His work and advance his Kingdom. It’s not how smart, or how rich or how important they are. It’s all about a person’s willingness to follow and serve.

The disciples that Jesus selected were not at all impressive, but like other men that God has called, they were willing and obedient. They learned “on the job” and asked a lot of questions. Jesus was a patient and thoughtful teacher, allowing them to be themselves.

After being tempted in the desert, Jesus returned home, to the shores of the Sea of Galilee. He spotted two fishermen and called to them to follow. That was the beginning. From there, he gathered ten others to follow him and be a part of his ministry.

In Israel, during the time of Christ, it was customary that only the best and brightest would study to be a Rabbi. Students came to the Rabbi and were selected according to their abilities, and of course, their ability to pay for the educational opportunity.

The students would live with the Rabbi, study every move and mannerism, and in many cases become a kind of clone of the teacher. Jesus, on the other hand, took the opposite approach. He gathered from poor fishermen, who were rough around the edges and not educated.

He even called a tax collector, who was the scourge of Jewish society, a social outcast. He also called a Zealot, who was fiercely against the Roman occupation of Israel and the Zealot would have hated the tax collector.

He selected ordinary men to do an extraordinary job.