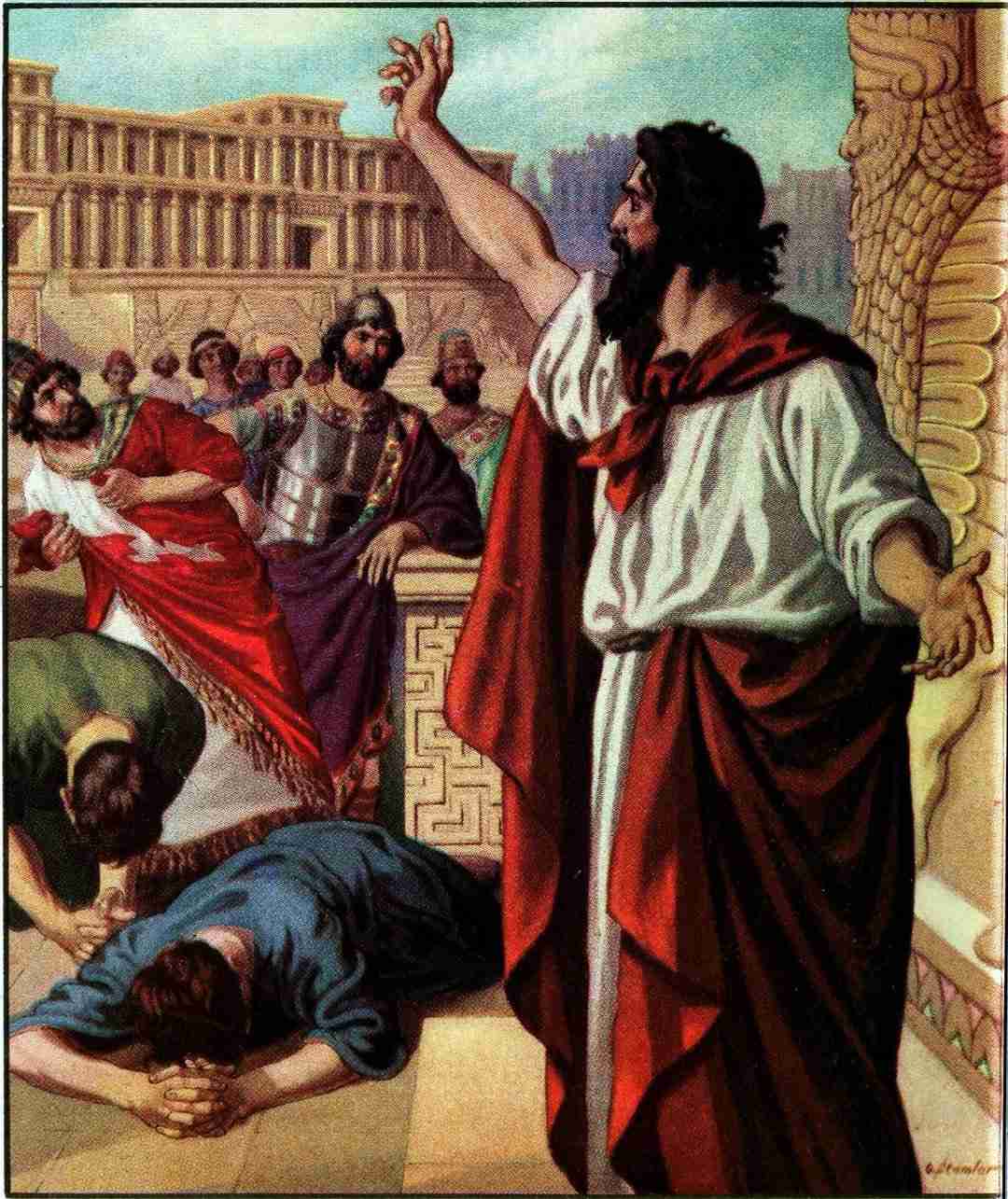 The prophet Jonah is remembered as the guy who was swallowed by the “whale.” Actually, the Bible doesn’t say “whale.” It says “great fish.” His contemporaries would have been the prophets Hosea, Amos and Joel. Jonah’s ministry was between 800-750 BC.

Jonah told to go to Nineveh

Jonah’s story in the Bible begins when God instructed him to go to Nineveh (modern day northern Iraq) and preach to the people there, because:

“it’s wickedness that rises up before me.”

But Jonah did not want to go there because they were enemies of his people. Jonah hated them wanted the Ninevites to die and not have the chance to repent and turn back to God. He saw them as undeserving.

He decided to go the other way, so he went to Joppa, a seaport about 35 miles northwest of Jerusalem and found a ship bound for Tarshish, which was a long distance to the west, the opposite direction from Nineveh. He paid the fare and left on the ship.

Nothing and no one hides from God. The Lord caused a large storm to hit hard and the crew was afraid the ship would brake apart. They began to throw objects overboard to keep it afloat. Jonah, meanwhile, was asleep below deck.

The captain came to him and ask why he would be sleeping when there was great danger of sinking. He told Jonah to call upon his God, who might hear the call and save the lives of the sailors.

The crew determined that someone on board had caused this to happen and they cast lots to see who it was. It fell to Jonah. Jonah told them to take him on deck and throw him into the sea and the storm would stop.

The men thought that was extreme, so they tried to row the boat to the shoreline. That didn’t work, so they threw Jonah into the sea. The storm ceased immediately. The crew offered a sacrifice to the Lord and promised to serve Him.

A “great” fish swallowed Jonah. The Bible says he was in there three days and three nights. Jonah’s experience being swallowed is a foreshadowing of the death and resurrection of the Messiah. When he was swallowed, he prayed for deliverance.

What happened after that is a mystery, but one that can be explained logically. Reason suggests that Jonah would have died fairly quickly. No oxygen, just digestive fluids. So, he stayed in the belly of the fish until “the Lord commanded the fish, and it vomited Jonah onto dry land.” It is similar to Jesus being raised from the dead on the third day and walking out of the tomb.

God called to Jonah a second time and this time he did go to Nineveh. He went to the city and declared that God would destroy the city in 40 days unless they turned away from their idols and back to God.

The people believed Jonah. They repented. But Jonah still did not want them to be spared. He was angry. He went outside of the city, build a hut, then sat and waited to see what would happen.

God caused a plant to grow and thick leaves would shade Jonah from the sun. Jonah appreciated this, but a worm soon came and ate the leaves. God then sent a hot wind to blow it all away. Jonah was suffering from the heat.

Jonah wanted to die. To Jonah the idea of saving the people of Nineveh seemed very wrong, and he became angry. He prayed to the Lord:

“Isn’t this what I said, Lord, when I was still at home? That is what I tried to forestall by fleeing to Tarshish. I knew that you are a gracious and compassionate God, slow to anger and abounding in love, a God who relents from sending calamity.

“Now, Lord, take away my life, for it is better for me to die than to live.”

But God said to Jonah:

“Is it right for you to be angry about the plant?” Jonah replied, “It is. And I’m so angry I wish I were dead.”

But the Lord said, “You have been concerned about this plant, though you did not tend it or make it grow. It sprang up overnight and died overnight. And should I not have concern for the great city of Nineveh, in which there are more than a hundred and twenty thousand people who cannot tell their right hand from their left—and also many animals?”

That’s where his story ends. Jonah could not see God’s grace. He did not understand God’s wisdom. He missed out on a great blessing.