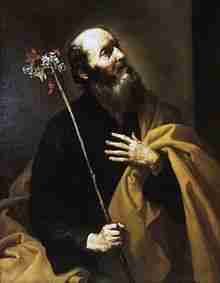 One of the most important people in the life of Jesus, Yeshua the Messiah was His earthy father, Joseph. We know Joseph was a carpenter from Nazareth, and that he was born in Bethlehem.

We know that he was engaged to Mary when she was visited by the angel and told that she would carry God’s son. The Gospel of Matthew informs us that Joseph agonized over the situation, but that the angel appeared to Joseph in a dream and eased his mind. Joseph married her.

Under the law, he could have had her stoned. After all, she was promised to him and he never had relations with her. This sinful betrayal of trust would have, at the very least, made her a social leper.

But because of the angel’s visit, Joseph understood what was happening.

Ironically, Caesar’s demand for a census meant that Joseph would have to go to Bethlehem, his birthplace, so he avoided any embarrassment in Nazareth and prophesy would be fulfilled with Jesus’ birth in Bethlehem.

After the birth of Jesus, Joseph had another dream, far more troubling than the first one. Herod the Great had sent out a degree that all firstborn male children should be killed. Herod was told about prophesies that a King would be born in Bethlehem. The angel told Joseph to gather up his family and flee. They went to Egypt.

Soon after Herod died and the Romans divided his kingdom into pieces, for his sister and three sons. Herod Antipas became head of Galilee, where Joseph and his family would return. They settled again in Nazareth, fulfilling another prophesy that Jesus would be called a Nazarene.

Meanwhile, Herod’s son Archelus was the leader of Judea, where Jerusalem is located. This is important because when Jesus went on trial in Jerusalem, Herod Antipas was visiting for the Passover, so the Jewish authorities took Jesus to Herod because as a Nazarene, he would have been under Herod’s authority.

Little is known about Joseph. We are told of the incident when Jesus was 12 years old and was teaching in the temple. But other than that, Joseph isn’t mentioned.

The Gospels of Mark and John make no mention of him at all, other than John 6:42, which states, “Is this not Jesus, the son of Joseph, whose father and mother we know?”

He is not quoted, or referred to in any significant way. Roman Catholics revere him as the patron saint of workers and he is regarded as Saint Joseph.

Joseph in good standing with God

We can deduce that Joseph was in right standing with God. After all, he has the enormous task of raising the Messiah.

Joseph presented the child at the temple for circumcision. Joseph would have raised him in the Jewish tradition and taken him to synagogue. They would have observed all of the Jewish holidays and observances. As the spiritual leader of the house, this would have been Joseph’s primary responsibility.

We do not know when Joseph died, as after the incident in the temple, nothing is said of him. Some may speculate that he died sometime before Jesus began his public ministry, which would offer an explanation of why Jesus stayed home for so many years before beginning his ministry. He had to take care of his mother.