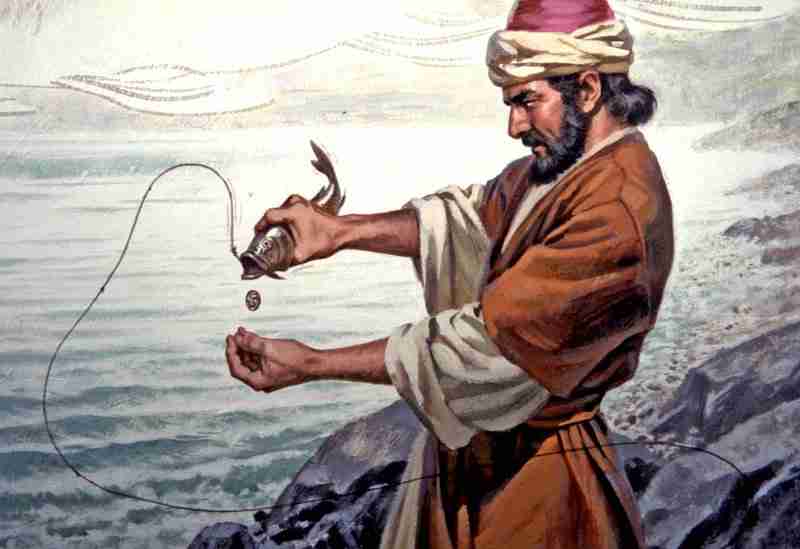 He is first identified as Simon called Peter, also called Cephas, in the Gospels. A poor fisherman, but feisty and full of fight, Peter heard the calling of Jesus/Yeshua and dropped everything.

Peter is often remembered as the man who betrayed Jesus three times. But, he is also the only man who, upon hearing the Master’s calling, got out of the boat on the Sea of Galilee and walked on water. He is the man who was told by Jesus: “Upon this rock I will build my church.”

Peter can be translated as “rock” or “stone,” but some may translate the name as precious stone, or perhaps jewel.

Peter the first to declare Jesus is the Messiah

Peter is the first disciple to declare that Jesus is the Messiah that all of the Jews had been anxiously awaiting for centuries. In the Gospel of Matthew, Jesus questions His disciples, asking them “Who do people say I am?” Peter is quick to reply “You are the Messiah, the Son of the living God.”

Interestingly, Jesus did not prompt him, or give away the answer to that question. Peter knew it, however, because God had revealed it to him. Jesus replies:

“Blessed are you, Simon son of Jonah, for this was not revealed to you by flesh and blood, but by my Father in heaven. And I tell you that you are Cephas (Peter) (Petros), and on this rock (petra) I will build my church, and the gates of Hades will not overcome it.

Peter was a man of action

Peter is an interesting character. He was a married man and Jesus actually came to his house and healed his mother in-law. He was ready for a fight, wanting a fight, the man who drew his sword in the Garden of Gethsemane and cut off the ear of one of the guards trying to arrest Jesus.

Peter is a man of action and the first of the disciples to go to the empty tomb after the resurrection.

Prior to His ascension, Jesus promises to send a counselor, the Holy Spirit. After the Pentecost, it is Holy Spirit power that enables Peter to overcome his earthy fears and boldly proclaims the risen Christ to the Jewish authorities and anyone else within earshot.

It is a completely different man from the one who, afraid of rejection and being arrested, denies Christ and goes into hiding. He was also the one who offers to protect and die for Jesus/Yeshua, yet he buckles when even asked if he knows the man.

But he is also the man handpicked by Christ to lead the new movement. Peter grows in the faith and in influence. He appeared before the Sanhedrin on two occasions and on both openly defied the Jewish religious leaders, proclaiming the risen Christ.

Peter hand-picked by Christ to lead His movement

He was a major player in the early church. Jesus handpicked Peter to lead and had an interesting exchange with him, asking him three times, “Do you love me.”

The questions do not translate well into English, but in Greek, they are rather profound, because there are six words for love. The words used in the Bible are are Eros (attraction or passionate), Phila (brotherly love, friendship) and agape (love for everyone, unconditional love).

Eros, of course, is the attraction to another person, such as a man and woman falling in love. Phila, or brotherly love, applies to loving your neighbor. That is close to another word for love, phiilautia, which is love of self.

Agape comes closest to the kind of love God has for man. It is real, unconditional and long suffering. Jesus ask Peter, “Do you (eros) me?,” “Do you (phila) me?” and “Do you (agape) me?”

One way of looking at this questioning might be is Jesus asking Peter if he is attracted to His message, is Peter His friend and does Peter love Him completely? Peter answers in the affirmative all three times.

Jesus then tells him, “Feed my sheep.” Peter is given the mantle of leadership at that point. Jesus would then go home to His Father.

Peter is the first Pope in the Roman Catholic church