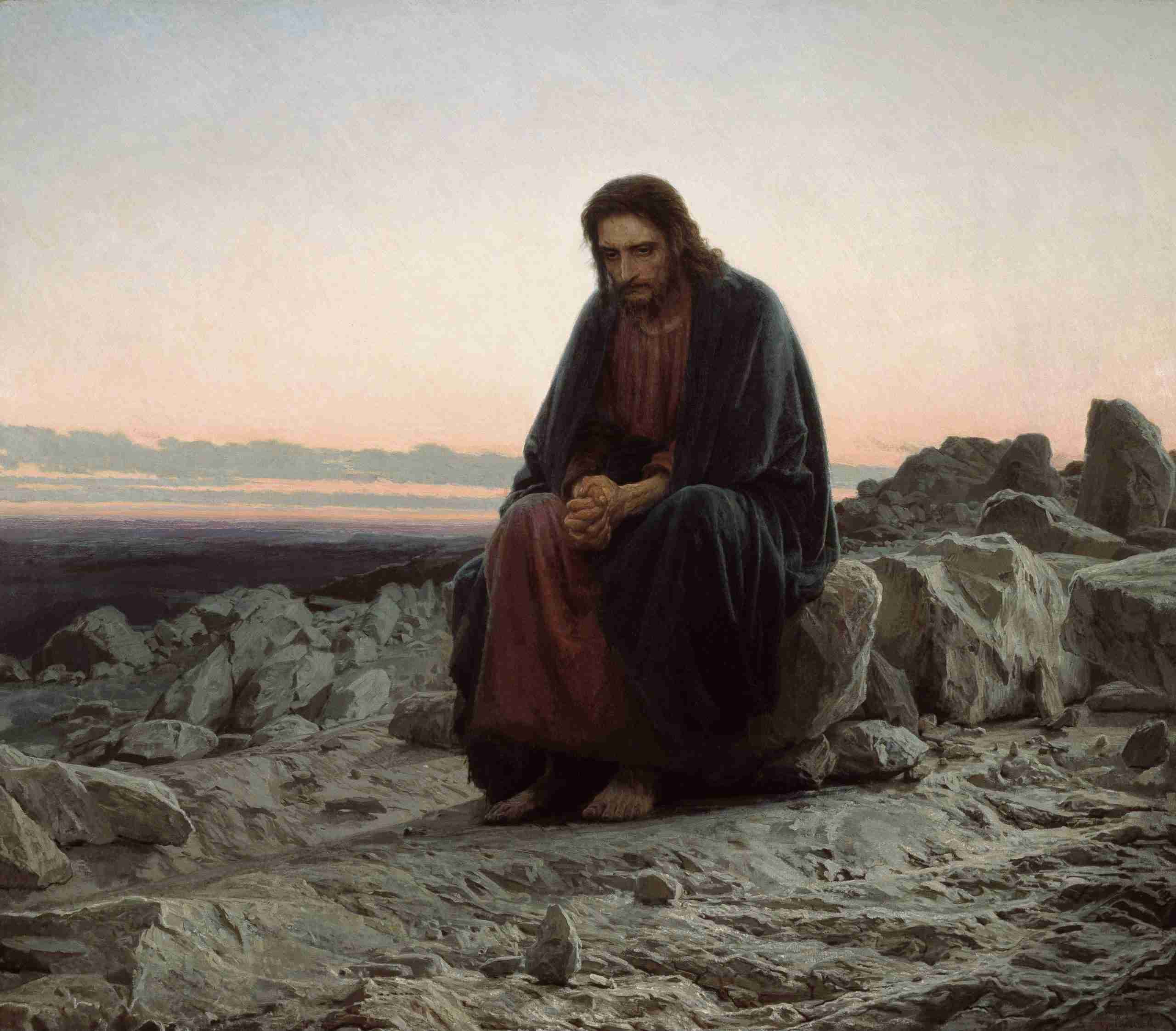 After He was baptized by John, Jesus was led into the desert by the Holy Spirit. It was a difficult time of fasting and dealing with the elements. Jesus spent forty days in the desert with no food or water.

During this time, Jesus was visited by Satan, who would relentlessly tempt Him. Satan (the tempter, the accuser) would taunt Him, saying that if He was the Son of God He should tell the rocks to turn into bread.

Satan took him to the highest point of the temple in Jerusalem and told him to jump off, knowing that the angels would catch him. Satan then showed him the kingdoms of the earth and told Jesus that if he would bow down, Satan would give all of them to Jesus.

Instead, Jesus quoted scripture, saying that He needed more than food, He would not put God to the test and to worship the Lord your God only. Satan left Him alone and angels came to attend to Him.

Peter writes that all temptation is common to man. There is no temptation that we experience in life that Jesus was not tempted with in the desert. It was essential that Jesus stood strong and did not give in, even though He was tired and hungry.

4 Then Jesus was led by the Spirit into the wilderness to be tempted by the devil. 2 After fasting forty days and forty nights, he was hungry. 3 The tempter came to him and said, “If you are the Son of God, tell these stones to become bread.”

4 Jesus answered, “It is written: ‘Man shall not live on bread alone, but on every word that comes from the mouth of God.’”

5 Then the devil took him to the holy city and had him stand on the highest point of the temple. 6 “If you are the Son of God,” he said, “throw yourself down. For it is written:

“He will command his angels concerning you,
and they will lift you up in their hands,
so that you will not strike your foot against a stone.”

7 Jesus answered him, “It is also written: ‘Do not put the Lord your God to the test.’“

8 Again, the devil took him to a very high mountain and showed him all the kingdoms of the world and their splendor. 9 “All this I will give you,” he said, “if you will bow down and worship me.”

10 Jesus said to him, “Away from me, Satan! For it is written: ‘Worship the Lord your God, and serve him only.’”

Men and women and children all struggle with temptation. Jesus had to experience this as well. As a man, He fully understood the temptations of life, but he did not give in to those temptations. It was necessary for Him to remain strong and pure to be our Messiah.

The temptations of Satan chronicled in the Bible were only three, but it is not out of the realm of possibility that the temptations were greater in number and more constant than depicted. But we are given the basics, food, protection and ego.

We are all more easily manipulated when we are tired and hungry. We all want to put God to the test by asking Him to prove Himself by doing something for us. People want to be respected, recognized and sometimes be rich and powerful.

We are all tempted by things of this world, but as Jesus did, we must turn away from those temptations and towards God instead.

Jesus had to reject the temptations of Satan to be the perfect, flawless, Lamb of God. Interestingly, when Satan told Jesus that he would give Him all the kingdoms of the world, Jesus did not correct him.

Jesus knew that Satan had the power to do what he said. It is a direct contrast to Jesus himself, who would be crowned King of Kings and Lord of lords.

Jesus knows that Satan can direct men and women to do his bidding by giving them something they desire. Jesus had to resist Satan, otherwise He would have disqualified Himself from being God’s Anointed One and our Savior.