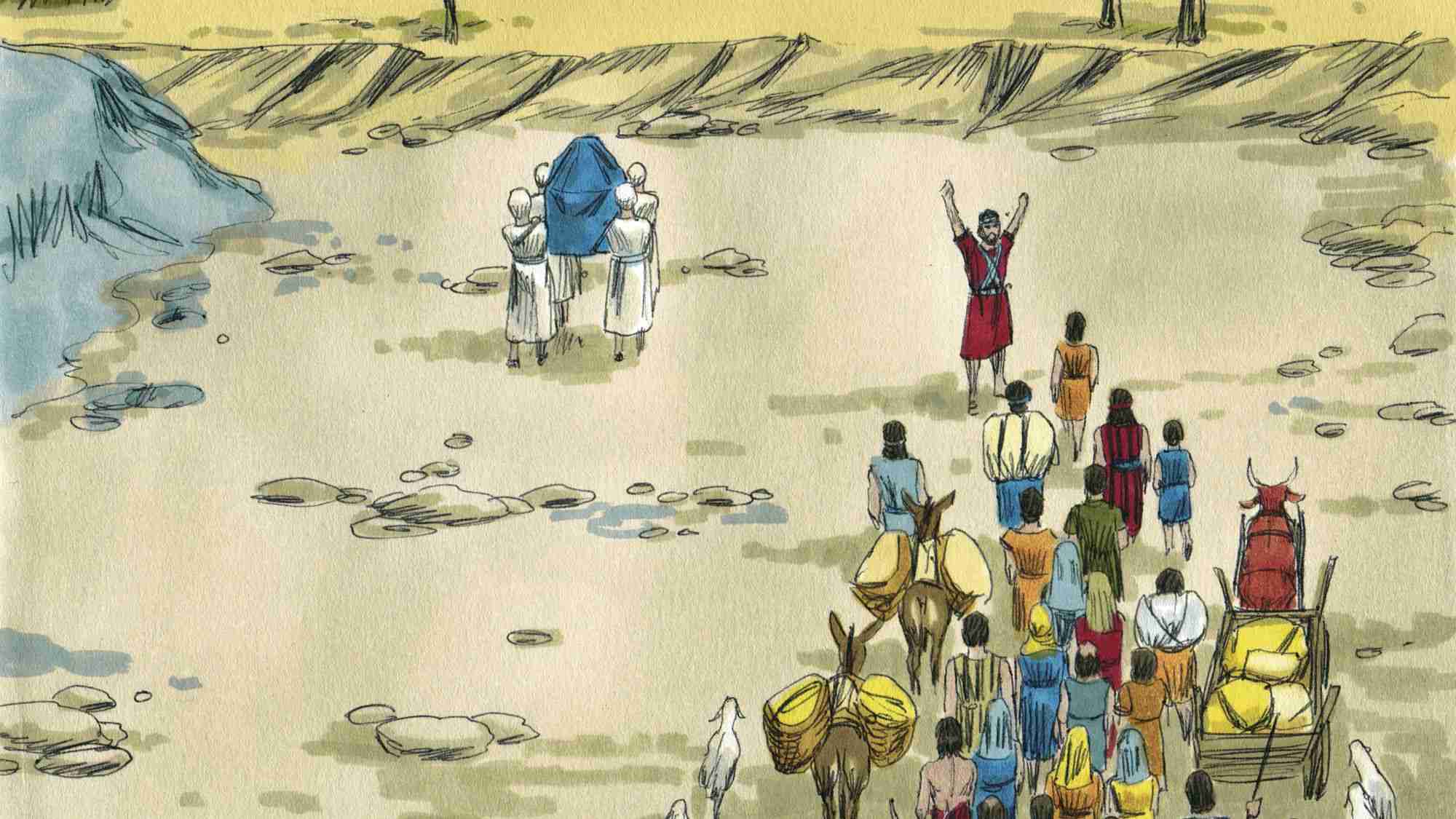 God led Moses and the Israelites to the Jordan River. Moses ordered a search team to go across and take a look. Twelve men, one from each tribe, made the journey. They saw the people in the land and were afraid. Only Joshua and Caleb were enthusiastic and urged them to take the land.

Angered at their disbelief, God prevented them from going into the promised land and made them wander for another 40 years. Even Moses had taken matters into his own hands and had offended God by his frustrations and lack of patience.

God told Moses he would not enter into the land, so he turned leadership over to Joshua. Moses went atop a mountain and looked into the Jordan Valley and saw the land that God had promised. There he died.

Joshua was now in charge. He led the Israelites cross the river, which God allowed by halting the water flow and making a dray path for them. The land was theirs for the taking.

God made promises to man, all of which He kept. Still man didn’t believe. This is a matter of faith. The Israelites saw miracle after miracle, yet in very short order, they did not have faith.

Doubting God and lacking faith is part of human nature and it is as true today as it was in the Sinai Desert when Moses lived.

1 After the death of Moses the servant of the Lord, the Lord said to Joshua son of Nun, Moses’ aide: 2 “Moses my servant is dead. Now then, you and all these people, get ready to cross the Jordan River into the land I am about to give to them—to the Israelites. 3 I will give you every place where you set your foot, as I promised Moses.

Forty years is a long time to wait for anything. Even when God did all the work, man still didn’t trust Him, so God allowed them to wander for 40 years more, until all that had doubted God had passed away, including Moses.

Even, Moses, the one man who did more than any other would not escape the judgment of God. In the years ahead, all this would become apparent through the history of Israel.

Joshua led Israel to the Jordan River. They camped there. Joshua sent two spies into the new land and the town of Jericho.

While there they received assistance and protection from a prostitute named Rahab. She knew that God had given the land to the Israelites. She told them how to escape the city without detection and then covered for them by deceiving the king.

She asked for their protection when the army would come and take the city, so they agreed that she would put a scarlet chord in the window and she and her family would be spared.

The Israelites enter the promised land

When Joshua and the Israelites crossed the Jordan, God went before them.

While in the wilderness, God had instructed them to build a tabernacle, a kind of portable temple. They created the Ark of the Covenant to carry the stone tablets of the Ten Commandments.

The Levites, the priests, carried the Ark across the dry path the Lord created for them in much the same way that He parted the Red Sea.

Joshua built an alter to honor God then set out for Jericho. Rather than attacking the city, they marched around it, for six days.

The walls of Jericho fall

On the seventh day they got up at daybreak, marched around the city seven times. The priests sounded the trumpets. Joshua ordered the army to shout. When they did that, the walls collapsed. The city was theirs and all of the riches. Rahab and her family were spared.

God promised the land to the Israelites, but it wasn’t exactly a free gift. There were many peoples already there and Israel would have to rely on the Lord to overcome their enemies. God’s covenant with man is based on trust and faith.

When man put his trust and faith in God’s provision, things went well. When man turned away, calamity followed. Sometimes, God’s instructions are difficult or seem strange. But it is God who did the work at Jericho. The people merely followed.